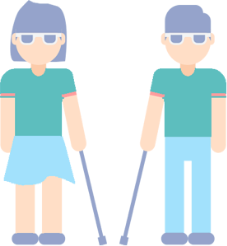 A radical revolution for the visually impaired 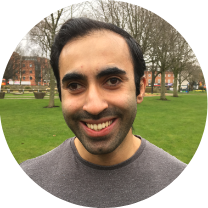 Ali Ismail, the founder and CEO of RevolutionEyes Ltd, was diagnosed with a sight condition called Retinitis Pigmentosa from birth. By the time he was nine his condition severely affected his vision. Eventually he became blind. Learning about his environment without sight was a challenge for him. After securing a place at Manchester Metropolitan University he wanted to do more as a role model for the visually impaired community. In his final year of his degree he saw how entrepreneurship could be a vehicle to support the visually impaired community.

In the summer of 2018, Ali graduated with a First Class in BA (Hons) Business Management. During the final year of his degree, Ali recognised a problem with his cane. Each time he drops or misplaces his cane, Ali becomes lost and disoriented. The eureka moment was HeyCane.

HeyCane is a specifically built cane-finding device. It attaches to the top of any cane. It operates in combination with an app that can be downloaded on iOS and Android devices. Users simply connect the app to the HeyCane device via Bluetooth. When a visually impaired person drops and loses their cane all they need to do is to activate the HeyCane. HeyCane will then produce a sound, and the user will easily locate the cane. HeyCane bridges the gap between the user and their cane.

The journey of Ali and HeyCane in more details

We are hosting an event for people to try the Heycane prototype version 0.2

Get in touch with us

Or by email at ali@revolutioneyesltd.co.uk